The PSL Squads 2021 list containing 20-plus member squads for each team participating in Pakistan Super League T20 Tournament are officially announced by the PCB and PSL franchises. There are six teams participating in the 6th season of PSL and each team consists of upto 15 local and 7 foreign players. The players have been selected through draft under various categories including Platinum, Diamond, Gold, Silver & Emerging. 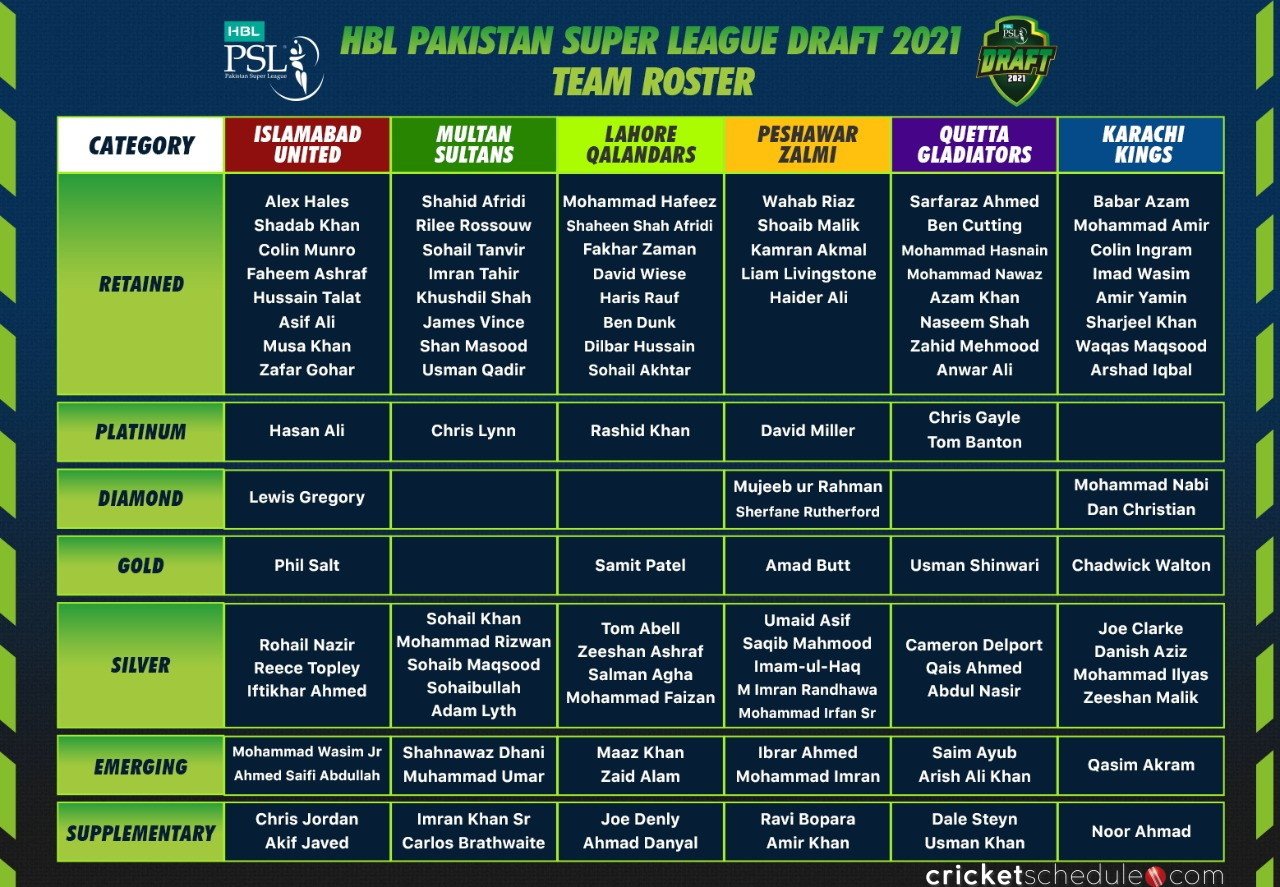