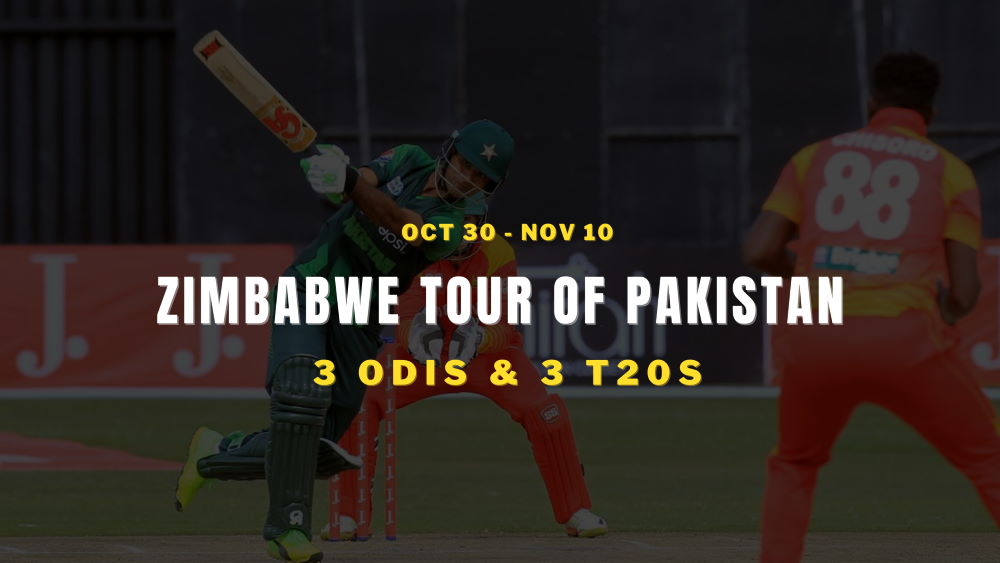 Here’s the latest Pakistan vs Zimbabwe Schedule 2021 announced with complete itinerary and fixtures of Pakistan tour of Zimbabwe. The Pakistan vs Zimbabwe Schedule has been officially announced, a bilateral series arranged by PCB and Zimbabwe Cricket Board under ICC FTP during April-May period. It’s a 18-days long tour consisting of 3 T20 matches and two Test matches (without any ODI match at this time). The series will be played under closed doors without fans or crowd at Harare Sports Club.

Below is the full Pakistan vs Zimbabwe 2021 schedule with complete fixtures and time table of all matches, dates, venues and timing of matches in GMT, local and PKT (Pakistan local time).

The Men-in-Green will face the home team in three T20Is and two Tests, starting from April 21 whereas the tour will be concluded on May 11. Harare will host all five matches as per a press release issued by the Pakistan Cricket Board (PCB).

While doing so, the Green Caps becomes the first side to visit Zimbabwe after the coronavirus outbreak. Pakistan are currently in South Africa where they are scheduled to face the home team in three ODIs and four T20Is, starting from April 02 in Centurion.

Earlier, Zimbabwe visited Pakistan for bilateral series in October and November last year. Both teams may face again later this year in the T20 World Cup as well.

Itinerary for Pakistan tour of Zimbabwe (match timing and training schedule to be share in due course):