The Pakistan Test squad against England has been announced. 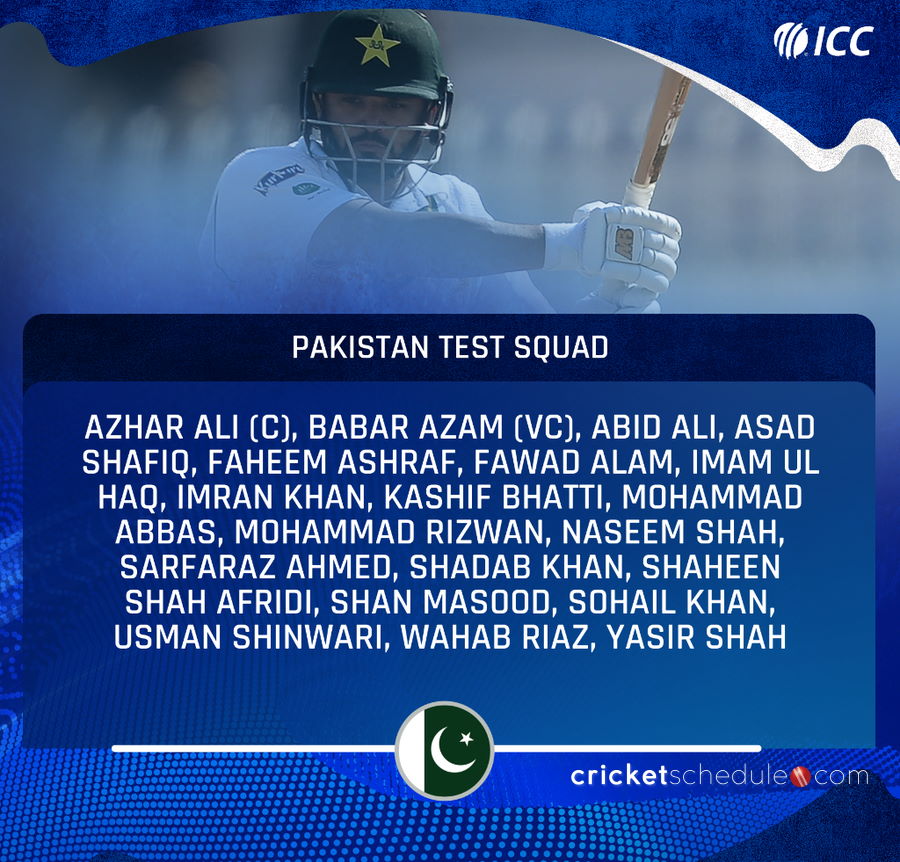 The following is the squad:

Meanwhile, the remaining nine players – Fakhar Zaman, Haider Ali, Iftikhar Ahmed, Imad Wasim, Khushdil Shah, Mohammad Hafeez, Mohammad Amir, Mohammad Hasnain and Musa Khan – will continue to train with the squad for the T20I series, which will be played at the backend of the Test series.

UPDATE: Pakistan has announced the 29-member squad for England tour which will play both the Test and T20 series.

The breakdown of the 29-player squad is: